You are here: Home / SpectraComm / A FISH STORY AND THE EVOLUTION OF LEADERSHIP 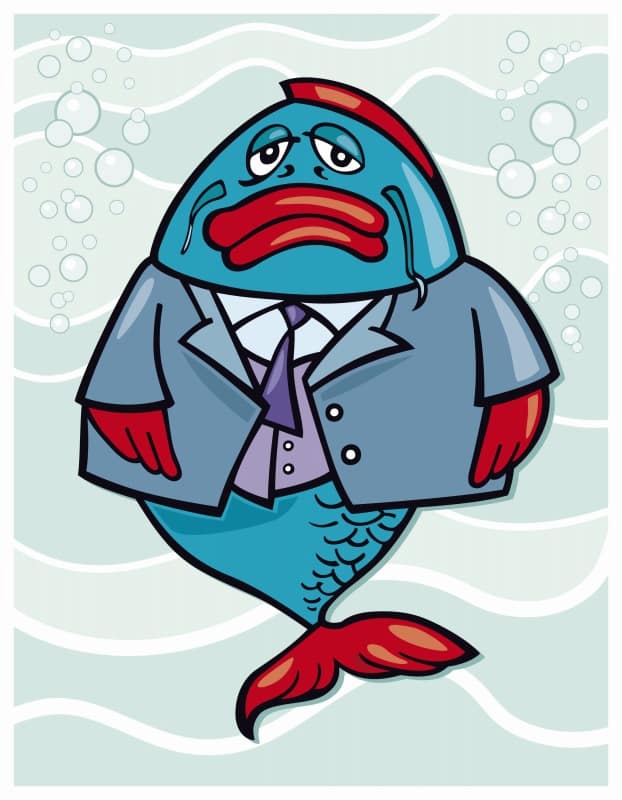 Dan Barber is the Chef and co-owner of two high-end restaurants in NYC.  He tells a story of seeking out the tastiest, most healthful fish on the planet.  Ultimately his seeking took him to a fish farm in the southwestern corner of Spain, the Veta La Palma fish farm at the tip of the Guadalquivir river on 27,000 acres.   A biologist named Miguel Medialdea, previously a researcher in Africa at the Mikumi National Park, runs Veta La Palma.

Dan asked Miguel the secret of what made his fish so tasty.  Miguel pointed to the algae indicating it’s such a rich system that the fish are eating what they’d be eating in the wild – the plant biomass, the phytoplankton, and the zooplankton.  It’s what feeds the fish. Miguel states, “The system is so healthy, it’s totally self-renewing. There is no feed.”

Miguel further points out the thousands and thousands of pink flamingoes on the lake for as far as you could see. Miguel says, “That’s success.  Look at their bellies – pink. They’re feasting.” 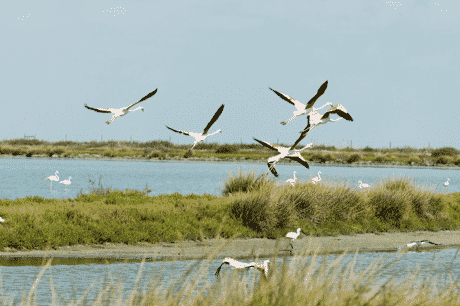 Dan was confused and asked Miguel, “Aren’t they feasting on your fish?”  “Yes…We lose 20 percent of our fish and fish eggs to birds.  Last year, this property had 600,000 birds on it with more than 250 different species. It’s become today, the largest and one of the most important private bird sanctuaries in all of Europe.”

Dan further inquired, “Isn’t a thriving bird population the last thing you want on a fish farm?”  “No,” replied Miguel,  “we farm extensively, not intensively. This is an ecological network. The flamingos eat the shrimp, the shrimp eat the phytoplankton, so the pinker the belly, the better the system.”

Dan Barber notes, “You’re not raising fish. You’re raising fish as part of an overall system of health. And without the overall ecological health of the farm, then the fish aren’t going to be healthy. And that’s why the flamingoes, which are really a predator to this whole system, are actually looked at as part of the health of the system.”  Further, he says, “We need to move out of this industrial paradigm and more toward an ecological model where farms restore vs. deplete and are not just producers but experts in relationships.”

Let’s take this a bit further in relation to leadership in the new work world.  Let’s replace the word “farms” with “leaders” or “managers.”  Truly, in the current and future environment, leaders and managers are going to have to be much more focused on the relationships that exist inside this ecological model we call business.  Leaders/managers will have to develop a more restorative approach to dealing with employees such that they (the employees) will want to be intrinsically engaged at the highest level thus increasing retention and output and equaling health at all levels of the system.

In our book, Power Shift, we put forth a whole organizational approach called Structured Freedom. In a healthy Structured Freedom environment, boundaries are clear and there’s no question what will happen when someone steps outside those healthy boundaries. Yet, within those clear boundaries, there is a lot of freedom and flexibility in how the job gets done. Employees in this kind of environment often describe their leader as providing them with the tools and structure they need to do their job well and then trusting them to perform. Yet they know there are consequences for not performing and they know exactly what that is. Almost all employees need Structured Freedom to perform at their best and almost all employees love it.

It is exactly this structure that will have to evolve and be implemented in the successful organizations of the future.  Why?  With the increasing number of Millennials coming into the market, the old command and control, top-down approach will not work nor will it be tolerated in the long run.  The younger generations (Xers included) don’t typically suffer through this kind of approach for very long.  They approve or disapprove of their work environment with their feet and fingers.  They will either walk out or text the world of their unhappiness through social media…or both.

In our experience, leaders, and managers today are desperately searching for ways to fit the incoming workforce into the existing workplace and have them follow protocol and perform as expected. The problem is the new generations have little interest in playing that game. They operate by a completely different set of rules sustained by deeply held core values that are sharply divergent from the values of previous generations and from workplace expectations.

For any change to happen with as little pain as possible, awareness is a key first step especially as it relates to harnessing the energy and talents of the new workforce.

To learn more about the Power Shift book: www.getthepowershiftbook.com

What Google Learned From Its Quest to Build the Perfect Team

From The NY Times Magazine:  New research reveals surprising truths about why some workgroups thrive and others falter. Feb. 25, 2016

If we are a product of our environment, I well recognize that my early life of confusion and END_OF_DOCUMENT_TOKEN_TO_BE_REPLACED