You are here: Home / SpectraComm / LEADERSHIP

NO SUCH THING AS A NATURAL BORN LEADER 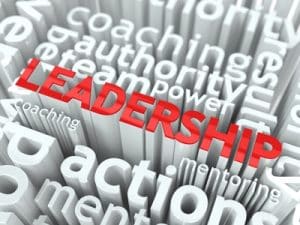 We are all born with the tendency to manage stress either aggressively or passively (fight or flight). Those two tendencies are managed, if at all, in either healthy or unhealthy ways. Passive-aggression is an unhealthy adaption where assertiveness is a healthy adaption (see illustration below).  The natural tendency of “born leaders” is aggression.  If that tendency is not managed in a healthy way, you have an individual that aggressively pushes or passive-aggressively manipulates, neither of which makes for great leadership.

Healthy adaption, called assertiveness, is a learned skill.  Though we are all born with the capacity to be assertive, no one comes into the world with it already developed, in fact, statistically, only 12% of the population has learned healthy assertiveness skills. The other 88% are reacting aggressively, passively, or passive-aggressively, all of which are a poor leadership approaches.   Introverted types default to passive and extroverted types default to aggressive. Most people who aspire to lead are extroverted types who default to aggression unless they have training and have developed an assertive approach.

When Donovan (not his real name), a successful VP, and I originally connected, it took about 3 minutes to hear that his leadership style was very old school and built around the “my way or the highway” mindset.  Interestingly, he really was very inclusive on the upfront by getting input and feedback from others but then basically dismissing it on behalf of his own solutions or decisions.  His team had gotten used to this approach and tried to avoid giving any input at all viewing it as a waste of time which ultimately led to a REAL gap in trust.  Thus, he lost a lot of creditability and influence which left him stranded on many projects.  Again, through the use of the COREMAP Profile, and targeted conversations, it was revealed that he didn’t trust many people to “have his back” and nurtured the belief that most of these projects were best done by him.  Not a good baseline to leverage yourself and build a team of high-performers.

When I showed Donovan the Passive Aggressive Adaptation Model, he got it.   He understood that he was operating mostly out of the unevolved aggressive position with moments of passivity thrown in (like when he would solicit the input from others that he knew he wouldn’t ultimately consider).  Not only was this not effective but it thoroughly confused his team and created a chasm that was bridged only by the momentary but fleeting effects of fear that came from GB’s bursts of frustration and anger.

There were a couple of key target points we focused on to include taking a moment to step back and understand who he was.  That he was not a “take the hill at all costs” guy but rather a leader who authentically cared about people and wanted to get things done in a more engaged and collaborative approach.  We also got Donovan connected to a longer-term vision of himself and how he wanted to be remembered by those who work for him.  As he got in touch with that more authentic part of himself, he naturally moved toward the assertive position which is where only about 12% of the population gets to.  Reason:  most are not willing to do the personal awareness work that springboards them to a higher level of influence, collaboration, care and INTEREST.

Assertiveness is the healthy adaption and certainly is a more effective and resourceful place to operate from as a leader.  But, again, sorry to say, many leaders do not know themselves, nor do they spend the time to become aware of who they are or how they authentically operate which leaves many in the less effective Passive, Aggressive or the unhealthy adaption Passive-Aggressive position.  Think about this….only about 12% of the population takes the time and does the work to evolve to Assertive.  Therefore, a majority of those who ascend to leadership roles are, in fact, carrying a lot of old baggage and unhealthy, conditioned beliefs that are, in part, contributing to the dissatisfaction and disengagement of the workforce.

We believe awareness is the first key step in connecting with the REAL leader inside everyone one of us.  Living out of some old, conditioned and outdated model of what a leader is leads to confusion, frustration and ineffectiveness.  Our COREMAP profile provides the insights to get past the old conditioning and determine who you are at your authentic core as a leader.

Leadership does not have to painful, confusing or stressful…not when you are operating from a place that is natural and germane to who you really are.

Let’s talk and determine how we can help you ascend to your highest and best as a leader.

If we are a product of our environment, I well recognize that my early life of confusion and END_OF_DOCUMENT_TOKEN_TO_BE_REPLACED